America has a history of sovereign creation of currency. The American colonists, lacking gold and silver, experimented and thrived with paper currency for 100 years. The best example was in colonial Pennsylvania whose public bank, highly praised by Benjamin Franklin, lent and spent money into the community, solving the interest problem. When the European bankers convinced the King to prohibit the colonists from printing their own money, the ensuing recession was the root cause of the American Revolution. The US has created money multiple times during its existence. The Continental Congress issued paper currency, the Continental, to fund the American Revolutionary War.Lincoln created the Greenbacks to fight the Civil War instead ofborrowing from European banks who demanded 36% interest.

Public banking was first introduced in America by the Quakers in the colony of Pennsylvania. Several other colonial governments also established publicly-owned banks and found them to be beneficial. In the 19thcentury, the concept was embraced by a number of states. But by the time the Bank of North Dakota was established in the early 20th century, it held the field alone.

By early 2009, following the banking crisis of 2008, North Dakota was also the only state sporting a major budget surplus. It had the lowest unemployment, foreclosure and default rates in the country. It also had the most community banks per capita, confirming that the presence of a state-owned bank has helped rather than hurt its local banking sector.

The Bank of North Dakota was founded in 1919 to insure a dependable supply of affordable credit for the state’s farmers, ranchers and businesses.  It makes low interest loans to students, existing small businesses and start-ups. It partners with private banks to provide a secondary market for mortgages, and it supports local governments by buying municipal bonds. To find out more about the Bank of North Dakota, click here.

Recently, two new publicly-owned banks in the U.S. have been established, the Native American Bank and the Bank of American Samoa.  As of August 2018, 15 bills are actively being pursued in cities and states across the country, showing serious legislative interest.

Today, the Bank of North Dakota makes low-interest loans to students, small businesses and entrepreneurs. It partners with private banks to provide a second marketfor affordable mortgages and it supports local governments by buying municipal bonds, which are used to finance public projects such as roads and schools. To learnmore about the Bank of North Dakota, click here.

States and municipalities have the potential to leverage their existing revenues to do much more good than they are currently doing. The Public Banking Institute worksto explore this potential and inform the public and its governments about it. 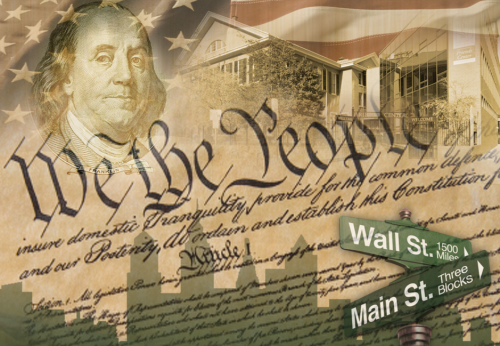